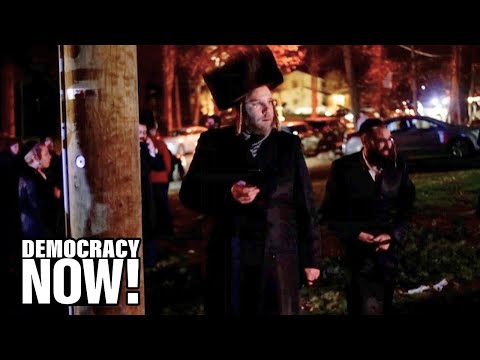 Federal prosecutors have filed hate crime charges against the man accused of stabbing five Jewish worshipers with a machete during a Hanukkah celebration at a rabbi’s home in a heavily ultra-Orthodox New York suburb of Monsey. They say the suspect, Grafton Thomas, kept journals that had references to Adolf Hitler, “Nazi culture” and a drawing of a swastika, and his cellphone showed multiple online searches for “Why did Hitler hate the Jews.” His family and lawyers say he is mentally ill. New York Governor Andrew Cuomo has called the attack “domestic terrorism,” and several Jewish elected officials in New York have asked him to declare a state of emergency and to deploy the National Guard to “visibly patrol and protect” Orthodox Jewish neighborhoods. It was New York’s 13th anti-Semitic incident in three weeks and comes after a shooting at a kosher supermarket in Jersey City in which two assailants killed three people before police shot them dead after an hours-long shootout. A new Associated Press database counts more mass killings in 2019 than any year dating back to at least the 1970s. We speak with Audrey Sasson, executive director of Jews for Racial and Economic Justice, and Alex Yablon, a reporter who covers guns, extremism and mass shootings.