Anonymous
Home of the latest news...
█
Skip to content
Gov. Jay Inslee on the Climate Crisis, Tax Breaks for Boeing & Why He Feels Trump is a Racist 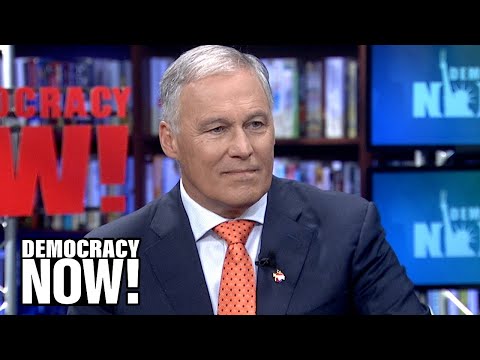 We speak with Washington Governor Jay Inslee about his bid for the 2020 presidency, immigration and the military-industrial complex. Inslee has also vowed to allow in a record number of refugees and to end President Trump’s Muslim travel ban. In 2017, Washington became the first state to file a lawsuit to challenge Trump’s initial travel ban. Inslee was also the first Democratic presidential candidate to call for a climate-focused debate. He’s accusing the DNC of attempting to silence the voices of those who want to debate climate solutions. “This is our last chance to defeat climate change,” Inslee said. “We will not have another chance after the next administration. We will either act now, or it will be cataclysm.”