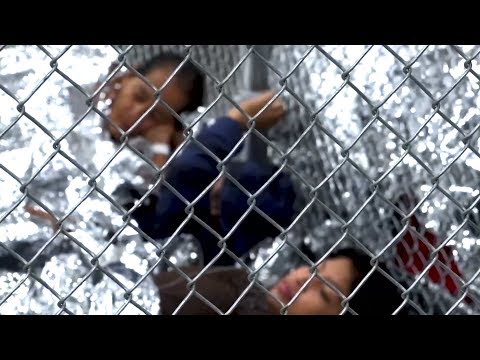 https://democracynow.org – Shocking reports have revealed that immigrant children were subdued and incapacitated with powerful psychiatric drugs at a detention center in South Texas. Legal filings show that children held at Shiloh Treatment Center in southern Houston have been “forcibly injected with medications that make them dizzy, listless, obese and even incapacitated,” according to reports by Reveal. Meanwhile, according to another Reveal investigation, taxpayers have paid more than $1.5 billion over the past four years to companies operating immigration youth facilities despite facing accusations of rampant sexual and physical abuse. For more, we speak with the reporter who broke these stories: Aura Bogado. She is an immigration reporter with Reveal from the Center for Investigative Reporting. Her latest stories are, “Immigrant children forcibly injected with drugs, lawsuit claims” and “Migrant children sent to shelters with histories of abuse allegations.”